I spent this afternoon with my photographer friend, Pam, on the grounds of Theodore Roosevelt’s home Sagamore Hill. My main reason for visiting was to purchase a Senior Pass. Not that I am officially part of the older generation, I can at least take advantage of senior discounts. The Senior pass is pretty cool – for $10 you get lifetime admittance to National Parks and mourners.

TR’s house itself is closed for renovation until sometime in 2015, but it was fun to wander around the grounds taking pictures. I had my DSLR with me, but both Pam and I also took a lot of photos with our iPhones. These two black & white photos are of the windmill that was originally used to pump water to the kitchen and bathrooms in the house. The original windmill, built in 1905 and replaced in replaced in 1971, and is scheduled to be replaced once again as part of the renovations. 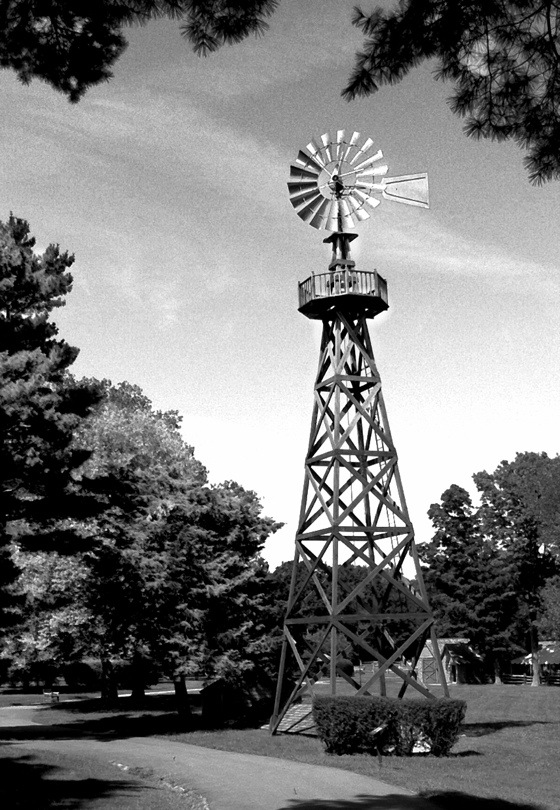 iPhone image edited on the iPad