Driving through the western states I never saw a cow with horns as long as these — and to think it lives just down the road from us in Florida! 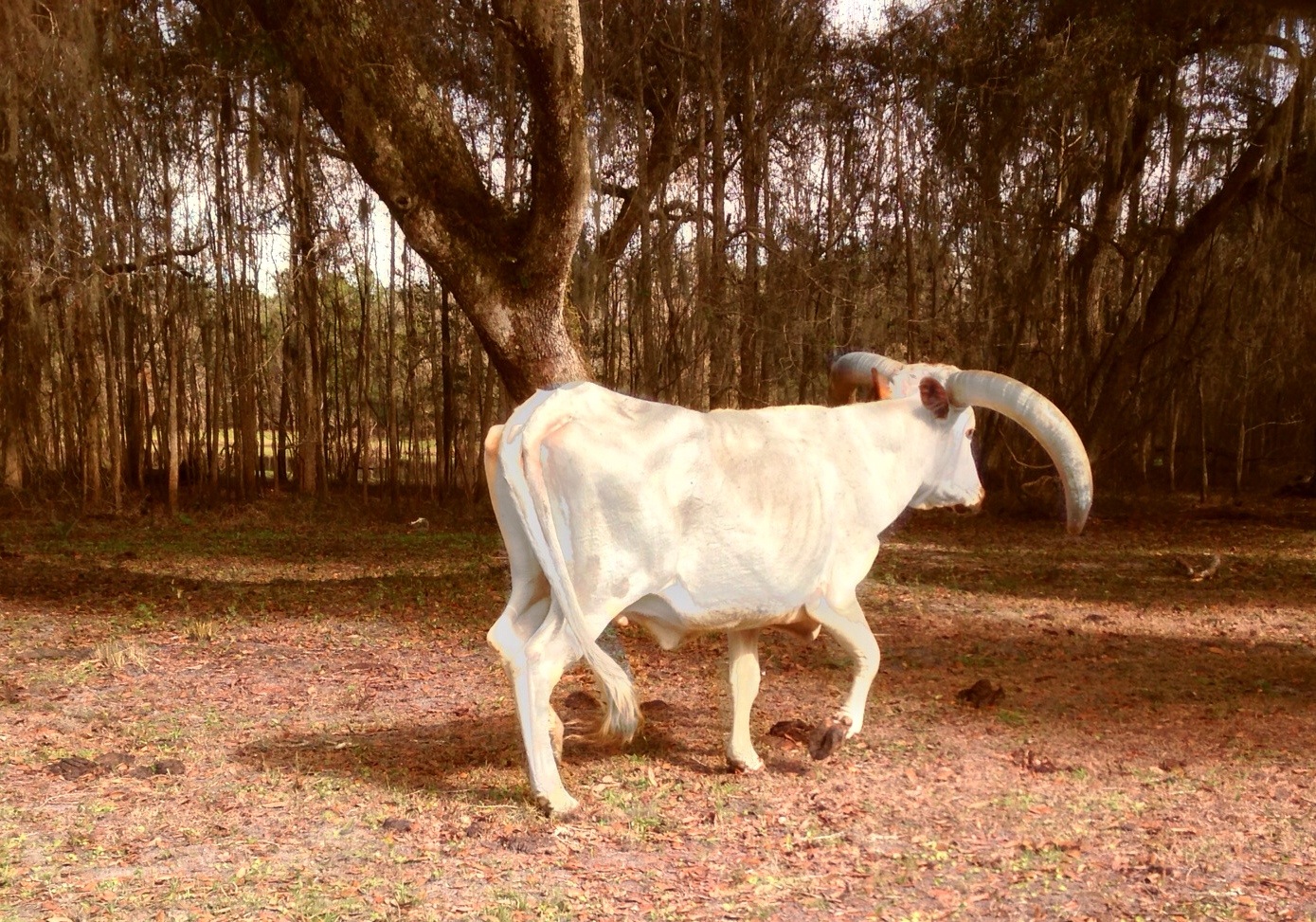 iPhone image edited on the iPad

FYI – I just got a new iPhone 5 – an early Christmas gift – and this is the first posted photo taken with its camera. The camera on the iPhone 5 features an 8 megapixel sensor, which Is the same size as on the iPhone 4s, but an nice jump from the 5 megapixels on the iPhone 4 I had been using. According to reviews, the camera on the 5, while the same resolution as the 4s, handles light better and produces crisper photos with less noise. The camera was my main reason for wanting the new phone, and I want to do some comparisons with it and the iPhone 4. I traded mine into Best Buy when we purchased the new phone, (for $150 – nice) but Eddie hasn’t upgraded his iPhone 4, so I’ll borrow it for a few tests.
.